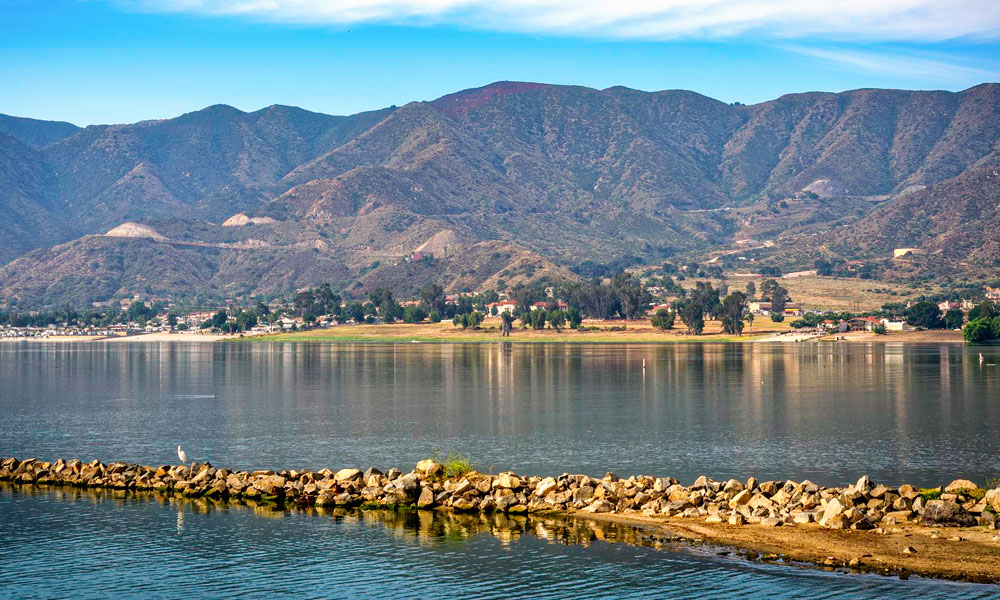 Located in southwest Riverside County, Lake Elsinore is home to Southern California’s largest natural freshwater lake. The recreational lake is situated at the end of the 780-mile square mile San Jacinto Watershed, Lake Elsinore is reliant on rainfall and watershed runoff. With the runoff water also comes sedimentation that can harm the ecology and water quality of the lake. Lake Elsinore is vulnerable to fish die offs and algal blooms. Every day, five million gallons of highly treated recycled water from Elsinore Valley Municipal Water District’s Regional Water Reclamation Facility is added to Lake Elsinore. This water is used to offset evaporation. 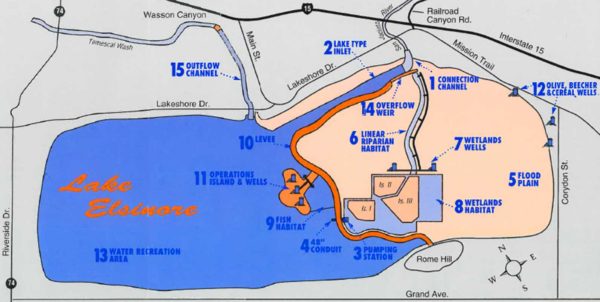 In the early 1900s, Lake Elsinore was a popular destination for celebrities to escape the Hollywood scene.

The lake went dry in the mid 1930s and the town was abandoned by most of the celebrity visitors, but refilled by 1938.

During World War II, Lake Elsinore was used to test seaplanes and a Douglas Aircraft plant, making wing assemblies for B-17 bombers was located in the city.

In 1980, heavy rainstorms caused the lake to flood and destroy nearby homes and businesses. After the flood occurred, a new system was implemented to allow water that spills over to be released from Canyon Lake Dam and flow into Lake Elsinore.

A Recycled Water Nutrient Removal and Conveyance Pipeline was added to remove excess nutrients from recycled water and bring the water to Lake Elsinore, improving water quality and helping to stabilize the lake level.

Removal of over 1 million pounds of carp from Lake Elsinore. Carp stir up nutrients on the lake bottom, which can cause harmful algae blooms.

A Lake Fishery survey was conducted to study the ecology of the lake to better understand what improvements could be made for the fishery habitats and overall lake quality.