The Lake At a Glance

For the most up-to-date information about the recreation at Lake Elsinore, please click here to visit the official site:

State of Our Lake Presentation 4-2017 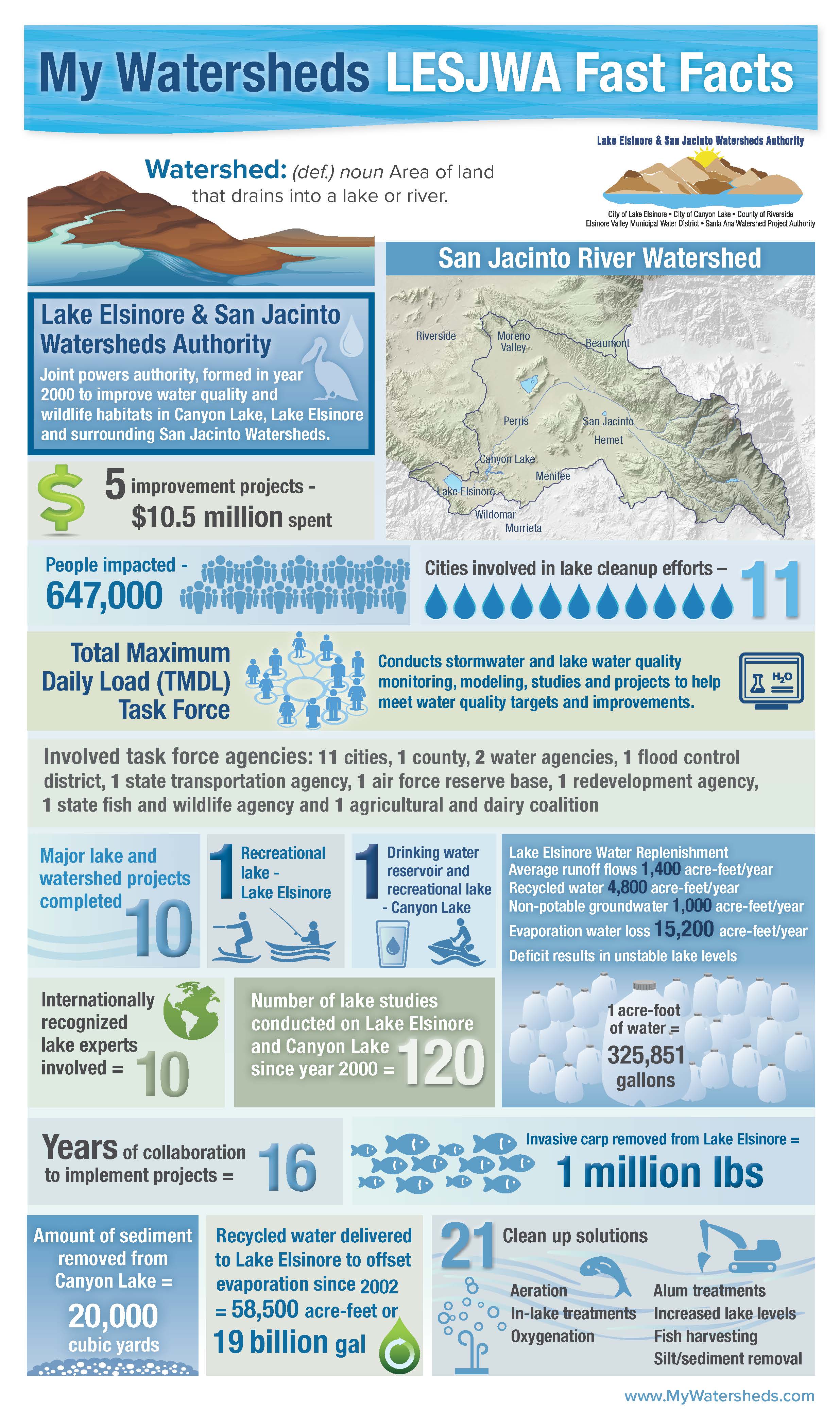 Canyon Lake Alum Treatment Project
Alum application in Canyon Lake is proposed in order to remove nutrients from the water column that contribute to algal blooms in the lake.

Thanks! Your email was successfully sent. I check my email all the time, so I should be in touch soon.

There was an error sending your message. Please try again later.